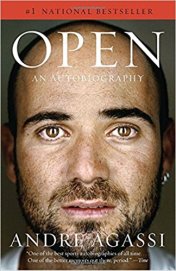 This is just a quick take on Andre Agassi’s fantastic autobiography that can best be described as genuine, eye-opening, and enthralling.  Through his many successes and failures, both on the court and off, his story is an inspirational and refreshing look at the human condition and finding happiness in life.  Here are a few of the lessons I took away from it. 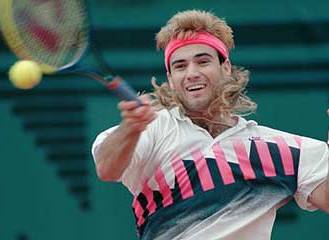 1. EMBRACE THE CONTRADICTIONS IN YOUR LIFE

Life is complex and fluid, and therefore full of contradictions.  For Andre, the most obvious was his self-proclaimed hatred of tennis, and his life which ironically orbited around the sport.  What hobbies, interests, or personality traits do you have that blatantly contradict other aspects of your life?  Embrace the absurdity and have the confidence to laugh about it.

2. SURROUND YOURSELF WITH PEOPLE THAT BELIEVE IN YOU AND BUILD YOU UP

Jim Rohn is known for saying that you are the average of the five people you spend the most time with.  Andre’s trainer Gil Reyes and coach Brad Gilbert were there for him through everything–when his tennis career and first marriage were on the rocks, when he was chasing his 8th Slam title, and when he was courting Stefi Graf.  Most importantly, they believed in him, and brought out the best in him when he needed it the most.  Who do you spend the most time with?  Do they make you a better person?  Make a conscious effort to find people that want to become better, and you will become better in the process.

Just like Tim Grover talks about in his book, Relentless, you don’t have to love what you do to become great.  You only have to love the process of getting better and how the end result makes you feel.  Agassi admits that he hated losing more than he wanted to win, and maybe that was enough for him to become a tennis legend.

You can’t run a successful business or be great at your job and expect everyone to like you at the same time.  Like Andre, you will always have to deal with critics along the road to success.  At the end of the day, a tree is judged by the fruit that it bears.  No matter what people say about you, results are the only thing that count in the end. Prove the critics wrong through relentless effort, an unfailing positive attitude, and sheer grit.